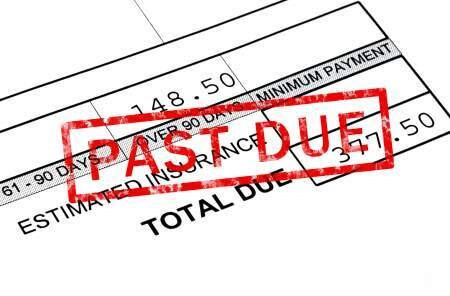 The collection of consumer debts is regulated both by the federal law under the Fair Debt Collection Practices Act (the “FDCPA”), and state law under the Florida Consumer Collections Practices Act (the “FCCPA”). The FDCPA and the FCCPA are not identical, but the FCCPA specifically acknowledges the continued applicability of the FDCPA. This means coming out of Florida courts will be informed by the broader federal jurisprudence.

One issue recently addressed by Florida’s First District Court of Appeals is whether condominium association assessments fall within the purview of the FCCPA as “consumer debts.” The ruling is . . . maybe. The decision in Kelly v. Duggan, Case No. 1D17-3618 (Fla. 1st DCA, October 23, 2019), “certifies conflict” with a previous Fifth District Court of Appeals case. When looking at state law matters, district court decisions generally create the precedence followed by the rest of the state.  Duggan created a disagreement between the districts regarding whether community association assessments are considered a “consumer debt” under the FCCPA.

The trial court in Duggan determined that the debt allegedly owed by Kelly, past due assessments, could not be considered a “debt” or “consumer debt” under the definition provided in §559.55(6) of the Florida Statutes, which states:

any obligation or alleged obligation of a consumer to pay money arising out of a transaction in which the money, property, insurance, or services which are the subject of the transaction are primarily for personal, family, or household purposes, whether or not such obligation has been reduced to judgment.

Kelly argued that Duggan, President of the Chez Sois Condominium Association, violated the FCCPA by locking him out of a storage unit for failing to pay assessments, making derogatory statements about him, disclosing information about his reputation to a vendor, and by not providing proper notice of the board meeting at which the board decided to revoke his privileges to use the storage space.

In arguing for dismissal of the case, Duggan relied on a decision by the Fifth Circuit Court of Appeal, Bryan v. Clayton, 698 So. 2d 1236 (Fla. 5th DCA 1997), which determined that past due assessments did not fall within the definition of a “consumer debt” under the FCCPA. At the time the Bryan court initially answered the question, it was the only Florida court to have done so. It held that the definition of “debt” or “consumer debt” provided in the FCCPA was ambiguous and excluded “maintenance assessments owed to a homeowner’s association.” However, when ruling on a later Motion to Stay or Recall, the Bryan court rejected a portion of its original justification – that assessments were not “debt” because there was no extension of credit – by applying federal decisions issued after the initial ruling, but reached the same outcome by articulating that the “purchase of a condominium unit was not a ‘consumer’ transaction.”

In Duggan, the First District Court of Appeal disagreed with the Bryan logic. It did not delve into the substance of Kelly’s argument, instead the Court acknowledged that the first hurdle to proving that a plaintiff is entitled to damages under the FCCPA is to prove that the debt alleged is a “consumer debt.”

In over-turning the trial court, the First District Court of Appeal relied heavily on Agrelo v. Affinity Mgmt. Servs., LLC, 841 F.3d 944, 950 (11th Cir. 2016), a Federal case from the Court of Appeals for the Eleventh Circuit that summarizes many of the federal decisions that came after the Bryan opinion. Relying on Agrelo, the Court ruled that a contract is made at the time of purchase requiring the home buyer to adhere to the covenants and restrictions applicable to the association under which the home is controlled; a “consensual home-purchase transaction.”

The Court additionally makes a brief, but important comment: “the federal court… specified that the alleged wrongdoer under the FCCPA is not required to be a “debt collector.” The Court ultimately uses the statutory definition of “debt” to enumerate the applicable elements of the definition. It states:

Therefore, the Court held that “yes” assessments do fall within the definition of debt under the FCCPA. The debt arises out of the purchase of (a consumer transaction) a condominium (a “residential property” under §718.1256, Florida Statutes 2017), by a consumer (the home buyer).

While we always knew that community associations should tread carefully when it comes to FDCPA and FCCPA claims, this case reaffirms the need for extra caution. Be sure that your association, and board members as individuals, are mindful of how they deal with these and other collection matters.