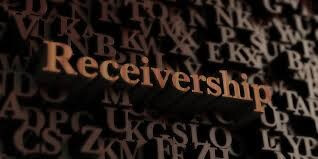 Community Association Not Liable for its Receiver’s Actions

Whether a tenant who prevailed in an eviction lawsuit was able to recover his attorneys fees from the community association which governed a condominium that was the subject of the receivership, the court appointed Successor Receiver for The Horizons West Property Owners Association, Inc. was at issue in the Circuit Court case of Orbe v. Blanco out of Miami-Dade County.

After a series of appeals, the Circuit Court, sitting as an appeals court, held that a receiver appointed for an association is not an agent or representative of the association and that therefore the Association could not be liable for actions properly taken by its receiver. The Horizons West Property Owners Association, Inc. (“Association”) was one of several associations that had jurisdiction over a community known as Horizons West in Miami-Dade county. For reasons not stated in the case itself, but perhaps because Horizons West and its various association entities were in financial distress, the Association requested court appointment of a receiver for the various associations. The court granted such request, appointing an entity, Condo Court Receivers, LLC, as the original receiver, and thereafter appointing as a replacement, an attorney named Leyza Blanco.

During the period of receivership, the original receiver and Mr. Orbe engaged in negotiations for the lease of a condominium unit within Horizons West for $700.00 per month. Mr. Orbe signed the lease, but the receiver did not. After Mr. Orbe signed the lease, Ms. Blanco, as successor receiver, then sought direction from the receivership court regarding the amount of rent which should be paid for Mr. Orbe’s unit. The court entered an order authorizing a lease at the amount of $950 per month. Mr. Orbe and the receiver were thereafter unable to come to an agreement on the lease of the unit, and the receiver filed an action for eviction against Mr. Orbe.

Because the receiver had not signed the lease, the court found that the written lease was not effective. However, because Mr. Orbe had partially performed under an unwritten lease, the court found that a month-to-month tenancy had been created between the receiver and Mr. Orbe – a tenancy which the receiver could not terminate without first providing a 15 day notice to Mr. Orbe under Florida’s Landlord Tenant Act. Because the receiver did not provide the proper notice to Mr. Orbe, Mr. Orbe prevailed in the eviction lawsuit. As the prevailing party, Mr. Orbe was entitled under Florida’s Landlord Tenant Act to his prevailing party attorneys fees.

On appeal, the Circuit Court upheld the trial court’s decision against forcing the Association to join as a party, but not because of a lack of jurisdiction. Rather, the court held that the receiver was not an agent or representative of the Association when it entered into lease with Mr. Orbe or when it sought to evict him, noting that Mr. Orbe was well aware he was dealing with a receiver, and not dealing with the Association.   Citing to over 100-year old caselaw precedent, the court reiterated the law in Florida governing receiverships – namely, that a receiver’s authority is limited – that the receiver is a custodian for the court through which the court controls the receivership estate. If a person has a claim against an entity in receivership, that person must look to the receivership court for redress of that claim, and not to the entity for whom the receiver was appointed.

In this case, the receivership estate had no funds against which to pay Mr. Orbe’s claims. While the court expressed sympathy for Mr. Orbe who, by its order, held an uncollectible judgment, the court concluded that there was no lawful basis for holding the Association liable for Mr. Orbe’s claim, which was the result of official action taken solely by the receiver, not the Association, and with the express authorization of the receivership court.