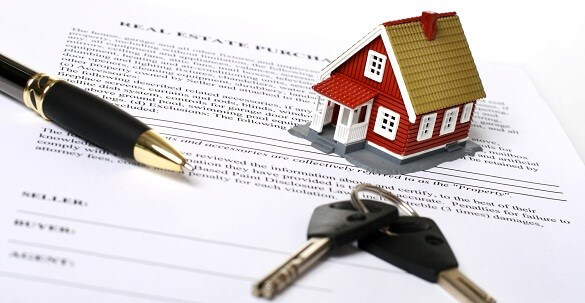 In 2017, the Florida Bar and Florida Realtors made significant changes to the FAR/BAR Contract. One such change was to the finance contingency, which replaced the phrase “loan commitment” with “loan approval.” As changed, the FAR/BAR Contract required the buyer to inform the seller in writing prior to the expiration of the loan approval period if they were unable to obtain loan approval. Within three days after receiving such notice, the seller had the option to cancel the contract and return the escrow deposit.

However, issues arise when lenders issue loan approvals with conditions because they did not obtain appraisals or confirmed other requirements for final loan approval during the finance contingency period. In essence, lenders treated loan approvals as if they were loan commitments. Unaware of the impacts of the 2017 changes, buyers and their agents assumed they could cancel a contract after the contingency period and recover the deposit if the appraisal came in under the contract price and the lender refused to lend.

This case arose out of the buyer’s efforts to recover her deposit on a residential real estate transaction that failed to close after the appraised value of the property was insufficient to allow the buyer to borrower funds under an approved loan with different financing terms than those in the contract.

The buyer and seller entered into an “AS IS” Residential Contract for the Sale and Purchase of real property in the amount of $620,000.00. The buyer made a deposit of $62,000.00. The contract set the closing date for June 15, 2017. The contract was contingent upon the buyer obtaining approval for a conventional loan within a “Loan Approval Period” of 30 days after the contract’s effective date, in the amount of $465,000.00 at a fixed interest rate for a term of 30 years. The contract required the buyer to use good faith and diligent effort to obtain “Loan Approval,” which the contract defined as: “approval of a loan meeting the Financing terms.” Further the contract required the buyer to “promptly deliver written notice” of such approval to the seller.

The contract further carved out an exception as to the appraisal. The contract specifically stated that if the Loan Approval has been obtained or deemed to have been obtained and Buyer fails to close then the Deposit shall be paid to Seller unless failure to close is due to “appraisal of the Property obtained by Buyer’s lender is insufficient to meet terms of the Loan Approval …”

After expiration of the Loan Approval period the buyer’s real estate agent sent the seller a proposed Release and Cancellation of Contract, seeking to cancel the contract and to instruct the escrow agent to disburse the deposit to the buyer. The buyer failed to close on the closing date. The day after the closing date specified in the contract, the seller’s counsel sent a letter to the escrow agent asserting that the seller was entitled to the deposit.

The buyer filed a complaint against the seller for breach of contract. The buyer acknowledged that the Loan Approval was deemed waived because she did not provide written notice as required by the contract but the buyer alleged that the appraisal of the property obtained by her lender was insufficient to meet the terms of the “Loan Approval.” Therefore, the buyer was entitled to be refunded the escrow deposit and be released from any further obligations under the contract. The trial court ruled in favor of the buyer.

The issue presented on appeal was whether the buyer, who never obtained “Loan Approval” as defined in the contract, was excused from performance of the contract where the appraisal of the property was insufficient under a proposed loan transaction that did not meet the financing terms required for Loan Approval. The Fourth District Court of Appeals overturned the lower court’s decision finding that the plain language of the contract did not excuse the buyer’s performance because there was never an appraisal of the property obtained by the buyer’s lender that was insufficient to meet the terms of Loan Approval as defined in the contract.

This decision highlights the importance of drafting contract terms to fulfill anticipated needs of the transaction. The lesson that we should all take away from this case is if you take the time to include specific financing terms under the finance contingency section of a real estate contract the buyer should apply for a loan under those terms and always adhere to deadlines specified in the contract.