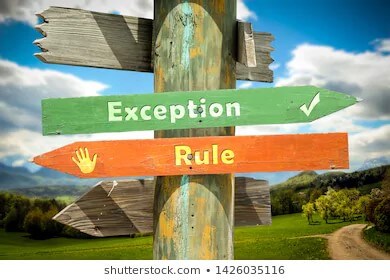 The Second District Court of Appeals ruling in Valencia Golf and Country Club Homeowners’ Association, Inc. v. Community Resource Services, Inc. and Orangetee Homeowners Association, Inc., Case No. 2D17-4986 (Fla. 2d DCA, May 22, 2019) is instructive for community associations, and litigants in general, of a party ensuring the issue of entitlement to attorney fees is addressed in any settlement or voluntary dismissal of pending litigation.

In this case, a dispute arose between Valencia Golf and Country Club Homeowners’ Association, Inc. (“Valencia”), and Orangetree Homeowners’ Association, Inc. and Community Resource Services, Inc. (collectively, “Orangetree”) over irrigation and cable services to Valencia resulting in a lawsuit. In the lawsuit, Valencia requested the trial court’s interpretation of certain terms in the covenants, determine Orangetee’s and CRS’ authority to enter into cable and irrigation service agreements and determine Orangetee’s and CRS’ authority to change pricing for cable and irrigation services. The parties ultimately resolved the dispute when Orangetree finally produced agreements not in Valencia’s possession that addressed the disputed. Upon being provided copies of the agreements, Valencia voluntarily dismissed the case.

After Valencia dismissed the case, Orangetree filed a motion to recover their attorneys’ fees and costs. In the motion, Orangetree argued Florida’s general rule that a defendant is the prevailing party when a plaintiff voluntarily dismisses its action. The trial court granted Orangetree’s motion and awarded attorneys’ fees and costs. Valencia appealed the trial court’s decision to Florida’s Second District Court of Appeals.

The Second District Court of Appeals reversed the trial court’s decision. While the Second District Court of Appeals recognized the general rule in Florida, it determined Valencia’s situation fell under the exception to that rule. The exception to the general rule arises when both parties compromised in effectively agreeing to a settlement to end the lawsuit, the plaintiff’s dismissal of the case is the obvious and appropriate course of action following the settlement, and the resolution resulted in neither party substantially prevailing in the litigation.

The Second District Court of Appeals found all of these factors were present in the case and overturned the trial court’s order finding Orangetree was the prevailing party entitled to recover its attorneys’ fees and costs.

The Second District Court of Appeals ruling emphasizes the importance of ensuring litigants, including community associations, have performed their due diligence prior to filing a lawsuit. While it is not specified in the Second District Court of Appeals decision, the parties may have been able to reach this same resolution without engaging in expensive litigation. Although Valencia did not end up having to pay Orangetree’s attorneys’ fees and costs, it presumably paid its own attorneys to initiate and prosecute the lawsuit.

It also demonstrates the importance of clearly addressing entitlement to attorney fees prior to dismissing any lawsuit as a court has broad discretion with respect to awarding attorneys’ fees and costs.