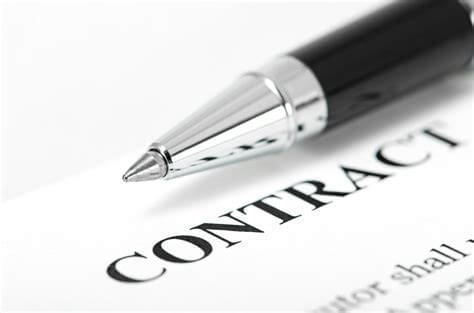 New Florida Law Aims to Change the ABCs of AOBs

Governor Ron DeSantis recently signed an Assignment of Benefits (“AOB”) reform bill aimed at protecting Florida consumers from predatory insurance practices. The new law, which took effect on July 1, 2019, is memorialized by the addition of two (2) entirely new sections to Chapter 627 of the Florida Statutes. The new law addresses abuse of AOBs in property insurance claims and imposes new limitations on the one-way attorney’s fees related to AOB agreements.

Insurers are now able to provide property insurance policies that partially or altogether prohibit AOBs if certain conditions are met. Under §627.7153, Florida Statutes, in order to offer policies with restrictions on assignments, the insurer must:

Contracts assigning post-loss benefits under residential or commercial property insurance policies will only be valid if the agreements comply with the requirements set forth in §627.7152, Florida Statutes. Among the new requirements, in order to be valid and enforceable, AOBs must be in writing, and signed by the assignor, (i.e., property owner or authorized representative), and by the assignee, (i.e., vendor). The written AOB must also contain several new provisions which provide protections for consumers, including language allowing policyholders the right to rescind an AOB without penalties and requiring written, itemized estimates for services to be performed by the assignee/vendor.

The new law imposes several new requirements on assignees/vendors. For example, prior to the new law, insurers often did not become aware of any AOBs until vendors submitted a copy of the assignment with their bills for services rendered and/or materials. Under §627.7152(2)(a), assignees/vendors will be responsible for notifying the insurer of the AOB within three (3) business days of execution or by the date on which work begins, whichever is earlier. Proponents of the new requirement claim it will allow insurers to monitor costs are they are incurred and ensure that only necessary repairs are performed.

Multiple requirements included in the law are aimed at dissuading assignees from engaging in litigation without exploring other options, such as negotiations or appraisal of the damages. The one-way attorney’s fee shifting provision found in §627.428, Florida Statutes, which provided a vehicle for “prevailing” policyholders and claimants to recoup their attorney’s fees and costs in property insurance claims litigation no longer applies in cases where vendors sue insurers. Instead, the award of attorney’s fees in suits by assignees against insurers is now discretionary. Under §627.7152(10), Florida Statutes, in order to obtain an award of attorney’s fees, the assignee must obtain a judgment in an amount that is at least fifty percent (50%) greater than the insurer’s pre-suit settlement offer.

In many ways, the restrictions imposed on insurance companies and the new responsibilities that fall on assignees/vendors will afford consumers numerous protections in addition to those specifically delineated in the statute. Whether the new law comes with unintended consequences remains to be seen. That is why it is important to assess your needs and whether it would be more beneficial to reduce insurance premiums and forfeit assignment rights or to retain a portion or all assignment rights at a higher cost. Consulting with an experienced attorney to evaluate your various policy options in relations to the needs prior to signing any AOB is imperative.