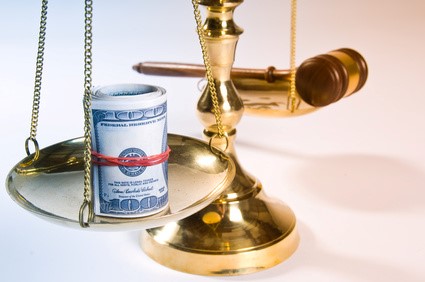 Generally, each party involved in a lawsuit is responsible for his or her own attorney’s fees, regardless of who prevails. As with any rule, there are exceptions. For example, a statute or contract can provide that the prevailing party in litigation is entitled to recover their attorney’s fees and costs. The Florida legislature has created such an exception in the insurance litigation context.

Pursuant to §627.428, Florida Statutes, a named insured – be it an association or an individual homeowner – who prevails in getting a judgment against its insurance provider and in favor of the named insured is entitled to attorney’s fees associated with prosecuting the lawsuit.

Essentially, an association that prevails in a lawsuit against its insurance provider will be reimbursed for its attorney’s fees. That said, litigating a coverage denial or underpayment of a claim can be costly, and many associations are not in a position to pay the necessary attorney’s fees upfront. In such cases, an association that has been wrongly denied coverage may have no options unless an attorney is willing to assist on a contingency fee basis. Fortunately, the Supreme Court of Florida has made it more likely that an attorney would accept such a case on a contingency fee basis by allowing the application of a multiplier to the attorney fees.

In Joyce v. Federated National Ins. Co., 228 So.3d 1122, 1123 (Fla. 2017), William and Judith Joyce (“the Joyces”) submitted a claim for water damage to their insurance provider, only to be denied coverage on the basis of alleged material misrepresentations made during the application process. Federated National Insurance Company (“Federated”) claimed that the Joyces failed to disclose certain losses they had when covered by another insurance provider. As they could not afford to pay an attorney at an hourly rate, the Joyces hired an attorney on a contingency fee basis to file suit against Federated alleging wrongful denial of their claim.

After months of litigation, Federated ultimately conceded coverage and settled the claim in favor of the Joyces. The parties stipulated that the Joyces were entitled to recover attorney’s fees. The trial court awarded $76,300.00 in attorney’s fees to the Joyces’ counsel and applied a 2.0 multiplier based on its assessment that “the likelihood of success at the outset was even at best.”

Federated appealed to the Fifth District Court of Appeal, challenging the trial court’s calculation of the “lodestar” amount (i.e., amount of attorney’s fees awarded = reasonable hours x reasonable hourly rate), as well as the use of the contingency fee multiplier (i.e., a tool that allows trial courts to increase fees awarded to attorneys taking difficult cases on a contingency basis by a factor ranging from 1.0 to 2.5 based on the likelihood of success at the outset of the suit). The Fifth District Court of Appeal affirmed the “lodestar” amount, but it reversed the trial court’s application of the contingency fee multiplier, holding that a multiplier is only awarded in “rare” and “exceptional” circumstances.

Litigating coverage issues with your insurance provider can be daunting, but depending on the facts involved in your case, it may not be as financially unattainable as it first appears. If your insurance carrier has denied or potentially under-valued your association’s insurance claim, contact your association attorney to evaluate your case and determine whether a contingency fee arrangement is available to assist you in protecting your rights and interests.