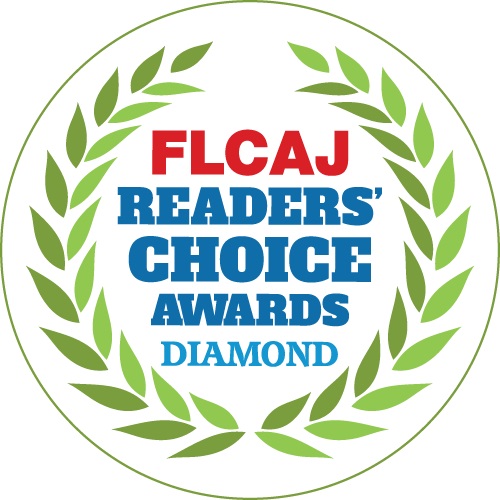 The Diamond Award is the highest level of recognition. There are three levels of recognition: Gold (third place), Platinum (second place) and Diamond (first place). The Readers’ Choice Awards give communities and board members an opportunity to select their favorite service providers. These prestigious awards recognize service providers that offer superior service and demonstrate a commitment to the success of their communities.

Nominations were accepted and voting ran from September 2015 until December 2015. Over 5,000 votes were cast by FLCAJ readers for the 268 nominated companies.  Of the 33 law firms nominated only a select few were recognized with awards.

“We are proud and humbled to receive the Diamond Award. It is exciting to be recognized among Central Florida’s highest rated community association law firms,” said Sonia Bosinger.