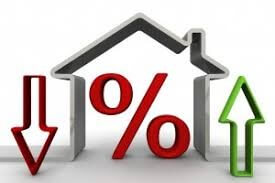 When Does Interest Accrue on Delinquent Assessments?

Most community association documents allow unpaid assessments, interest, late fees, the cost of collections and reasonable attorney fees and costs to become liens against the property. In addition, Chapters 718 and 720, Florida Statutes, recognize that a claim of lien not only secures unpaid assessments but also secures interest, late fees, costs of collections, attorneys fees and costs.

Typically when there is a transfer of ownership due to a foreclosure the new owner contacts the association upon receiving title to the property to resolve any outstanding balances. However, sometimes disputes arise as to the amounts due prior to the new ownership.

The Fourth District Court reversed the trial court finding the interest ran from the initial default – not from the date the claim of lien was recorded. The Court relied upon the ruling in First Equitable Realty III, Ltd. v. The Grandview Palace Condo Assoc., Inc., 246 So.3d 445 (Fla. 3d DCA 2018).   In Grandview Palace, the Third District Court of Appeals, recognized section 718.116(3) which specifically addresses when interest shall become due and the statute plainly and unambiguously provided for the recovery in interest from the due date until paid. As a result, it was error for the trial court to reduce the interest upon “equitable considerations.”

So what should a community association take away from these lines of cases? Interest is calculated from the due date until paid as recognized by Chapters 718 and 720, Florida Statutes.