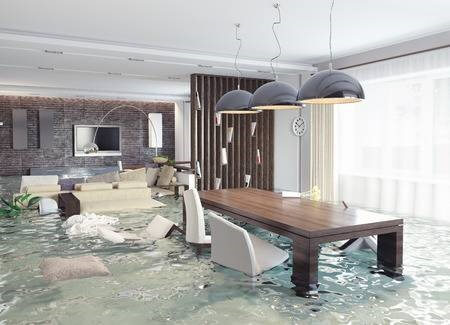 You Keep Using That Word, But I Do Not Think It Means What You Think It Means – Second DCA Weighs in on Effect of Insured Executing Multiple Assignments of Benefits

When faced with major property damage, whether caused by burst pipes or hurricane damage, a property owner or community association has a duty to mitigate its loss. That means timely notifying the insurance carrier of the loss and taking reasonable measures to minimize the extent of damage. In the case of burst pipes, mitigation includes stopping the flow of water, removing standing water, and drying out any resulting moisture.

The cost associated with these mitigation efforts are typically high, and many property owners and community associations are unable to pay for the work out of pocket while waiting for an insurance carrier to adjust the value of the claim and reimburse the association after the fact. They also cannot wait until the claim is adjusted to begin mitigation efforts, as doing so may substantially increase the damage sustained, especially in a state such as Florida, where the growth of mold is a near certainty.

As a result of this predicament, many restoration and reconstruction companies offer to perform the necessary services, without upfront payment, in exchange for an assignment of the benefits available under the applicable insurance policy. What happens when the need arises to hire multiple vendors in order to make all necessary repairs and each vendor requires an executed assignment of benefits (“AOB”) or upfront payment? Can the insured assign its benefits under the insurance policy more than once?

According to the Second District Court of Appeal, an insured may be able to assign benefits as often as necessary to return the property to its pre-loss condition. In Nicon Construction, Inc. v. Homeowners Choice Property and Casualty Ins. Co., 249 So.3d 681 (Fla. 2d DCA 2018), Nicon Construction, Inc. (“Nicon”), an asbestos remediation company, appealed the entry of summary judgment in favor of the insurance company stemming from a 2012 pipe burst. The homeowner had executed two (2) assignments of benefits in exchange for immediate emergency services. First, the homeowner assigned his insurance benefits to B & M Clean, LLC (B & M) for water and debris removal services. Afterward, the homeowner assigned his benefits to Nicon.

On appeal, the Second District Court of Appeal held that the trial court had misinterpreted the language in the assignment to B & M, that the trial court “isolated a phrase in the assignment rather than viewing it in the context of the entire agreement.” In order to interpret the intent of the parties to a contract, the words of the contract as a whole need to be considered. See Fla. Power Corp. v. City of Tallahassee, 154 Fla. 638, 18 So.2d 671 (Fla. 1944). In this case, the contract for services and the assignment of benefits should both be considered in determining what the homeowner had assigned to B & M.

The Second District Court of Appeal found the assignment to Nicon to be valid, and accordingly, it reversed the entry of summary judgment in favor of Homeowners Choice stating “[w]hen the phrase ‘any and all insurance rights, benefits, and causes of action under my property insurance policy’ is read in the context of the entire assignment and the purpose for which it was entered into, it is evident that [the homeowner] was assigning all his rights under the policy to payment for services performed by B & M Clean – not all his rights to payment for the entire covered claim.” The homeowner did not assign his rights to payment for services that B & M did not perform, but rather he reserved his interest in those rights and he was free to assign them to vendors qualified to perform additional necessary work to return his property to its pre-loss condition.

It is vital that property owners and community associations read and understand all the documents executed for repairs or restoration services related to insurance claims. They must know what rights are being assigned; who the parties are and what their obligations and duties are; when funds must be paid, by whom and to whom; what conditions or events trigger payment; and so on. Failure to clarify these matters up front could result in greater liability later.

Before your signing on any dotted lines and relinquishing rights under their insurance policy to a third party, it is important to consult with an attorney in order to make an informed decision about what potential risks and benefits are involved, and what rights and obligations will be under the assignment and the contract for services.